The Prometheus Game Jam 2017 took place from July 7 to 9, at the LTCP, within the frames of the celebration of the 180 years of the National Technical University of Athens. The twenty-one participating teams created complete games, both aesthetically and functionally, that were corresponded to any of the given categories (board and video games). The contest took place inside the evocative complex of “Epipleusi” (Floatation) and within the narrow time frame of 48 hours, in an -unprecedented for a competition-ambiance of cooperation and solidarity. The competition’s subject was Prometheus, the NTUA’s symbol. 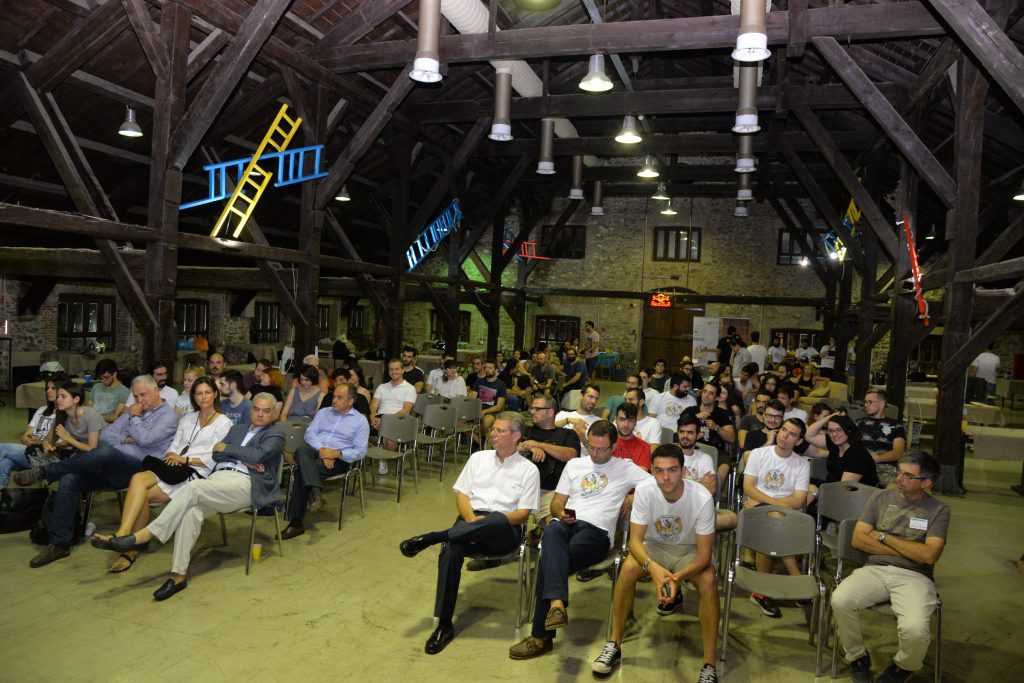 The first prize of the video games category was awarded to the Happyland team, with Marino Pechlivanov, Vasiliki Tsiftyan and Alexandros Koxaras,  creating the game “Prometheus and The Flames of Fire”.  Vassiliki, during their game’s presentation, said:  “At first, we were struggling on how to approach the subject but then, recalling the presentation, we remembered the phrase of Plutarch «the mind is not a container to fill, but a flame to light”». 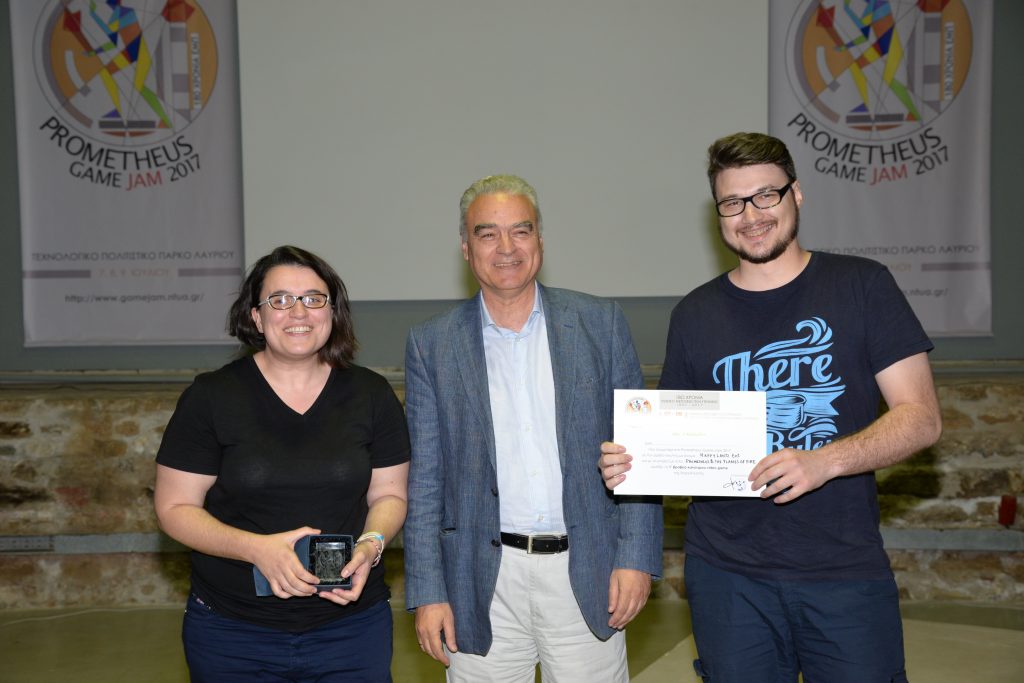 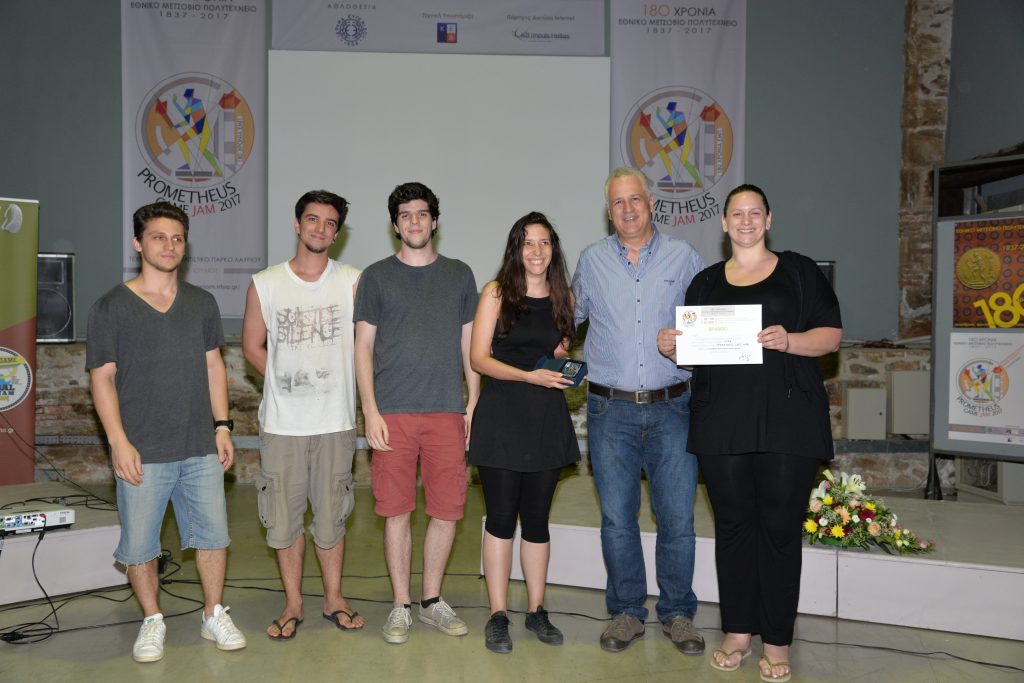 The third prize in the video games category was wan by the Pixel Reign team, with Nikos Larin, Andrea Papoutsas, Thanasis Nikolopoulos for the game “Trials of The Unspoken”.

The award in the board games category went to the Boardgame Kahunas team with Orestis Leontaritis and Michalis Georgiou and the game “Prometheus Project”.

The Rector of the NTUA, Ioannis Golias, addressed the contestants, saying “I am impressed by the participant’s freshness, momentum, abilities, great mood and sense of humour “. “If I made a parallel of the Rector’s life with a video game, I would say events like this add many ‘lives’ to me” he added.

The LTCP’s Vice President Dimitris Kaliambakos stated: “It is astonishing that the myth of Prometheus, a symbol of emancipation of man but also of the questioning of the power, gave birth to these fascinating ideas that we saw developing today, by young people, 2500 years later”.

George Kazamias, from Gifted Hellas, the Prometheus Game Jam 2017 co-organizer, thanked the National Technical University of Athens and the Technological and Cultural Park of Lavrio for the cooperation, which had started since the organization of the first Game Jam in Greece in 2012. He stressed the importance of such events for the development and promotion of one of the most creative youth communities in our country. 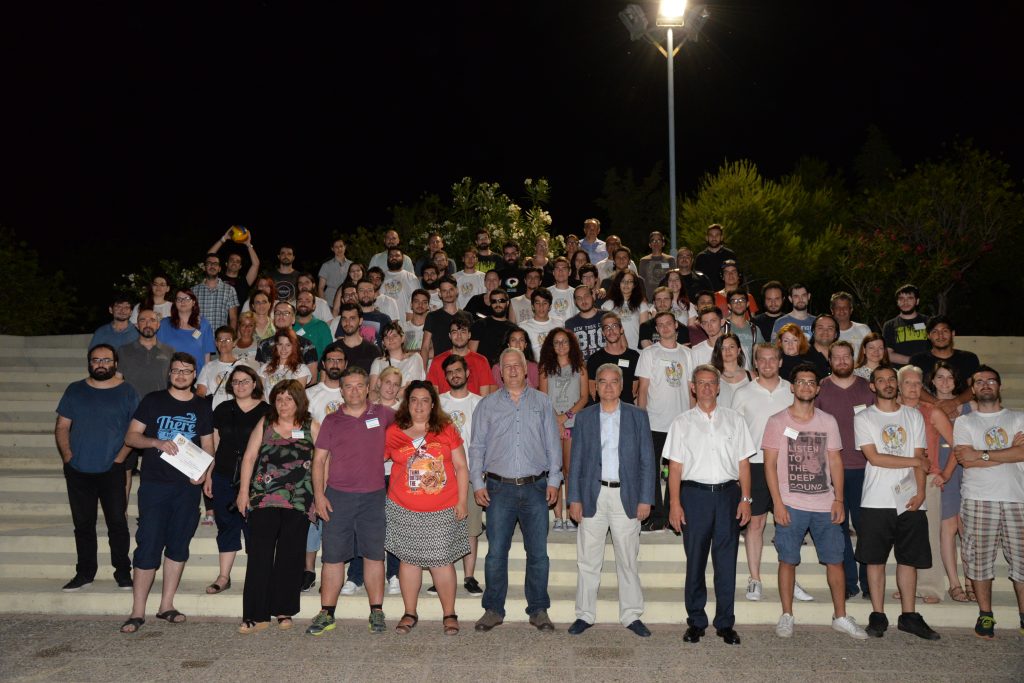 The opening ceremony, as well as the closing ceremony, which included the presentation of the games and the award, were broadcast livestreaming, by the links: 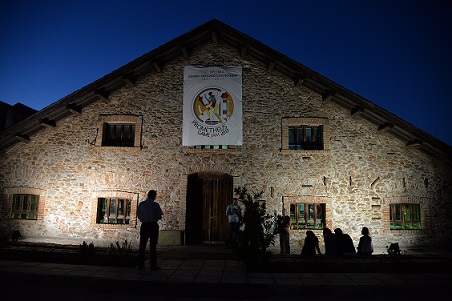 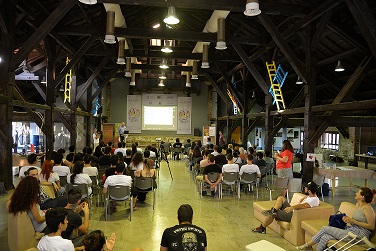 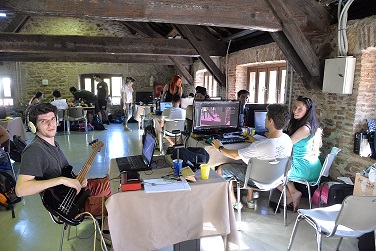 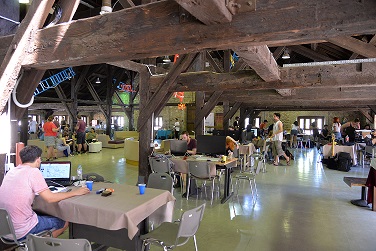 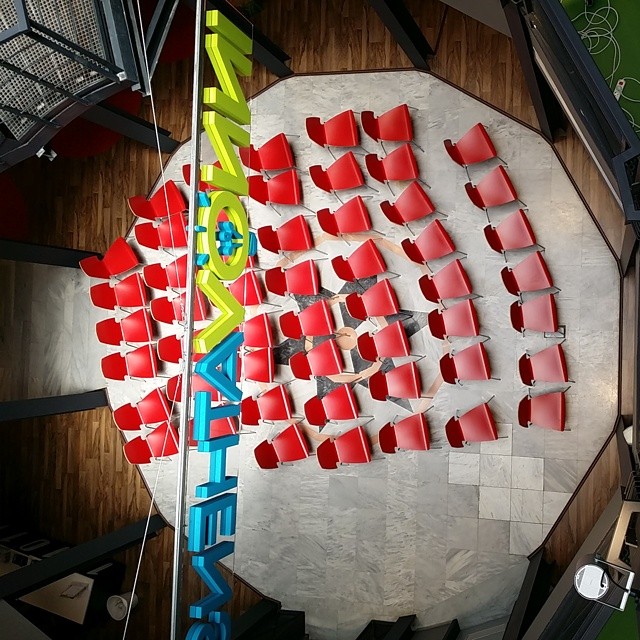 The three-day event “inHeritage” on the subject of Industrial Heritage and Innovation, took place from 25 to 27 September 2015, in 3 different museums and sites of industrial heritage interest at the same time: 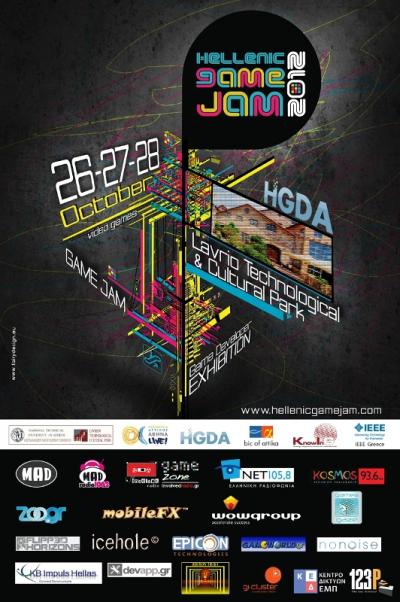 The “Hellenic Game Jam” event took place at LTCP, from September 26 to 28 on 2012, as a part of the European project “Knowledge Fair International”.

The event was organized by the Attica Region, the Business and Innovation Centre of Attica and the Lavrion Technological and Cultural Park (LTCP), in collaboration with the Hellenic Game Developers Association (HGDA).

The three days of activities included:

The events in more detail:

1.Conference on “The Role of the Creative Clusters in the MED Regions”, October 26-27 at the “Pharmacy”. 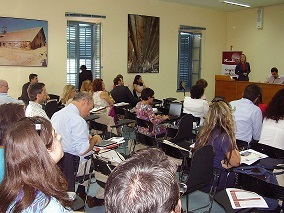 Business Clusters are now a key-tool in promoting innovation and extroversion. This conference was a meeting place for entrepreneurs, policy makers and academia members, who had the opportunity to discuss the current trends, the effectiveness and the prospects of clusters. Recent advances, regarding Business Clusters, were analysed through examples from Greece and abroad, focusing mostly on the European Mediterranean countries.  Thus, representatives of companies operating in the creative industry (Videogames, mobile-apps, design) from Greece and abroad, shared their own experiences. 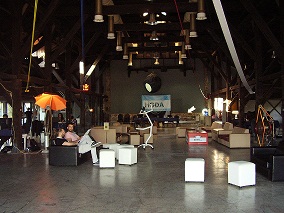 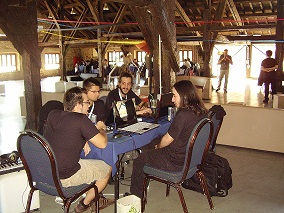 The winners of former Game Jams from abroad, participated also in the three-day event. A 48 hour competition was organised by the Attica Region, the Business and Innovation Centre of Attica and the Lavrion Technological and Cultural Park (LTCP), in collaboration with the Hellenic Game Developers Association (HGDA). The 42 contestants, segregated in 14 teams, created insitu videogames starting with a common theme given to them at the beginning of the event. It was the Panhellenic premier of game jamming already adopted by many countries. The competition results’ level were remarkably high and the three winning teams received prizes and awards. 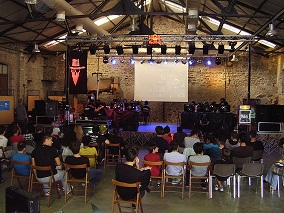 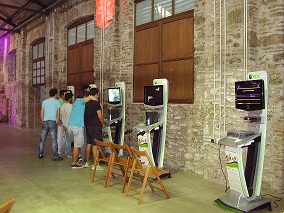 This is an exhibition of Greek creators of entertainment software, of digital game production companies and of various activities around gaming, such as interactive game development workshops where visitors had the opportunity to learn by participating in the design and implementation procedure of a Video Game. Α main part of the exhibition was the tournament of the popular game League of Legends, which gathered a large number of visitors and friends, as well as the several other challenges and demos of recent games. It is estimated that during the three (3) days of events more than 1000 people visited the exhibition.

All venues provided the guests with high availability broadband internet connection, offered by the company ΚΒΙmpulse Hellas. The event was supported by the student body of IEEE of the National Technical University of Athens and the University of Patras.

All events took place within the frames of the project “KnowledgeIntelligence and Innovation for a sustainable Growth (KnowinG)”, which is part of the transnational territorial cooperation project “Mediterranean Area (MEA) 2007 – 2013 for the Development of Activities in Innovation and Creativity.”