"Miners of Greece - Tracing their identity through the art" 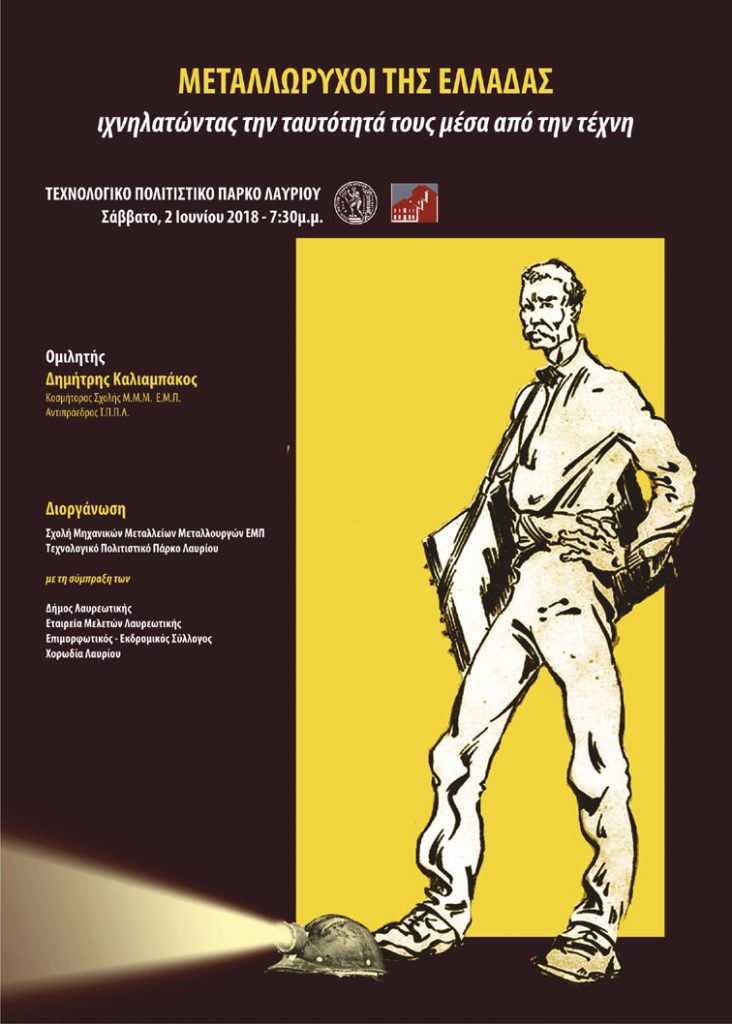 On Saturday, June 2, 2018, the "Miners of Greece - Tracing their identity through the art" event was held at the LTCP, organized by the School of Mining and Metallurgical Εngineering and the LTCP, in cooperation with the Municipality of Lavreotiki, the Association on Lavreotiki’s Studies, the Educational and Touristic Association and the Lavrio Choir.

The Mayor of Lavreotiki D. Loukas, the Vice Rector of NTUA E. Sapoundzakis and D. Karagiannis, President of the Miners’ Federation, expressed their acclamation about the event. In the crowded venue of the “Repair House” were also about 500 people, among them the Rector of NTUA I.K. Golias, the Emeritus Professor and former Rector of NTUA Th. Xanthopoulos, the Emeritus Professor and former Director of LTCP K. Panagopoulos, the former MEP and Honorary Doctor of the School of Mining and Metallurgical Engineering (SMME), Manolis Glezos, the Director of the Mining Enterprises Association, X. Kavalopoulos, and numerous former miners.

The event’s keynote speech was made by the Dean of the SMME and Vice President of LTCP, D. Kaliambakos. The speaker started by presenting the miners’ "imprints" in contemporary art (music, literature, poetry, visual arts) and then, looking into works of art that approach the most authentically possible the miners’ identity, went back to the birth of modern mining, in Greece, going through all its important centres (Lavrio, Mantemochoria, Naxos, Serifos, etc.) Special reference was made to the monumental work of N. Kazantzakis "Life and State of Alexis Zorbas" and to the typical characteristics of the miner’s identity carried by the central hero.

The actor Nikos Arvanitis also participated in the event, reading excerpts from the works: "The Uprooted" by Vassos Daskalakis, "Life and State of Alexis Zorbas" by N. Kazantzakis, "In the Athenian Gold Digger" by M. Mitsakis and others.

A unique moment was the intervention of M. Glezos who proudly stated that he is a descendant of miners-emery workers and called on the State to deal with the exploitation of emery, known since ancient times as “Naxia Lithos” (Stone of Naxos).

As D. Kaliambakos pointed out: "We have chosen an approaching path, a little different, but perhaps the most suitable to listen to the miner’s soul, the one’s from the art. It turned out, that the miners of Greece share common characteristics with the miners of the rest of the world, resulting the special working conditions. These lead to the formation of people with strong personalities and the development of a deep sense of collectivity, preserving at the same time the notion of individuality. Hard working conditions, combined with the constant reminder of danger, even possible death, not only do not lead to a miserable and passive approach to life but, on the contrary, create a terrifying thirst for life, in all its aspects. "Because of this feature combination, miners have a special fascination around the world." 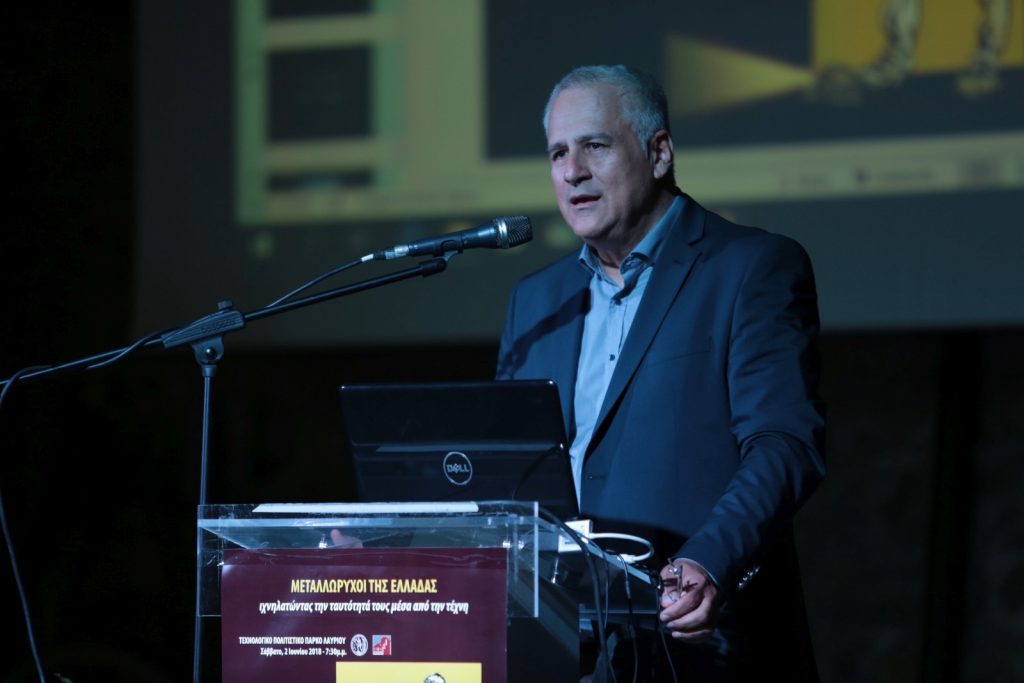 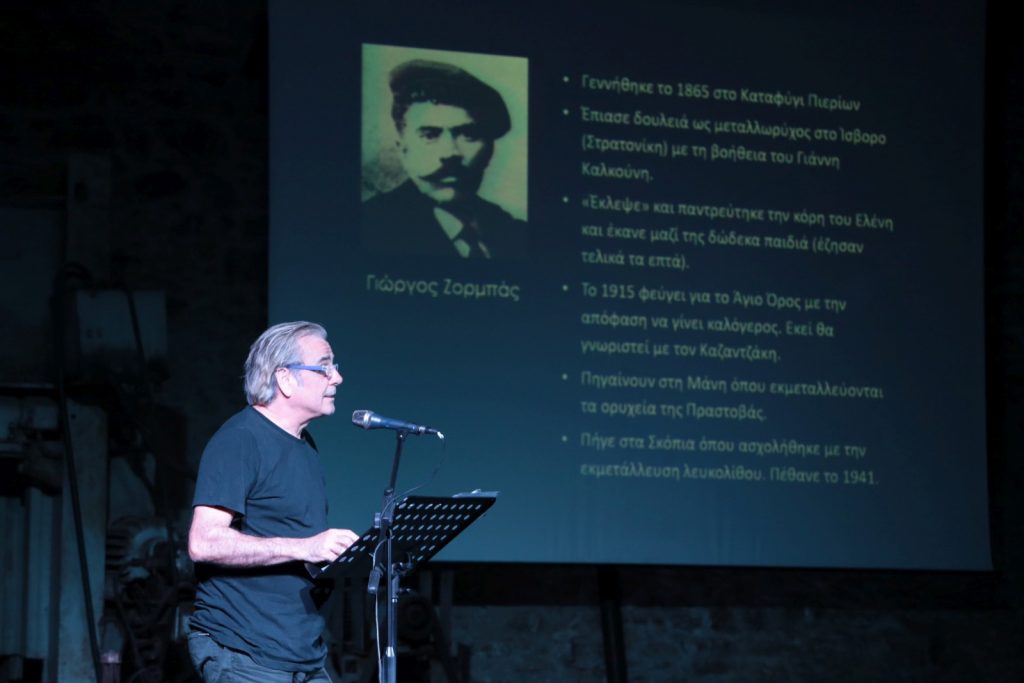 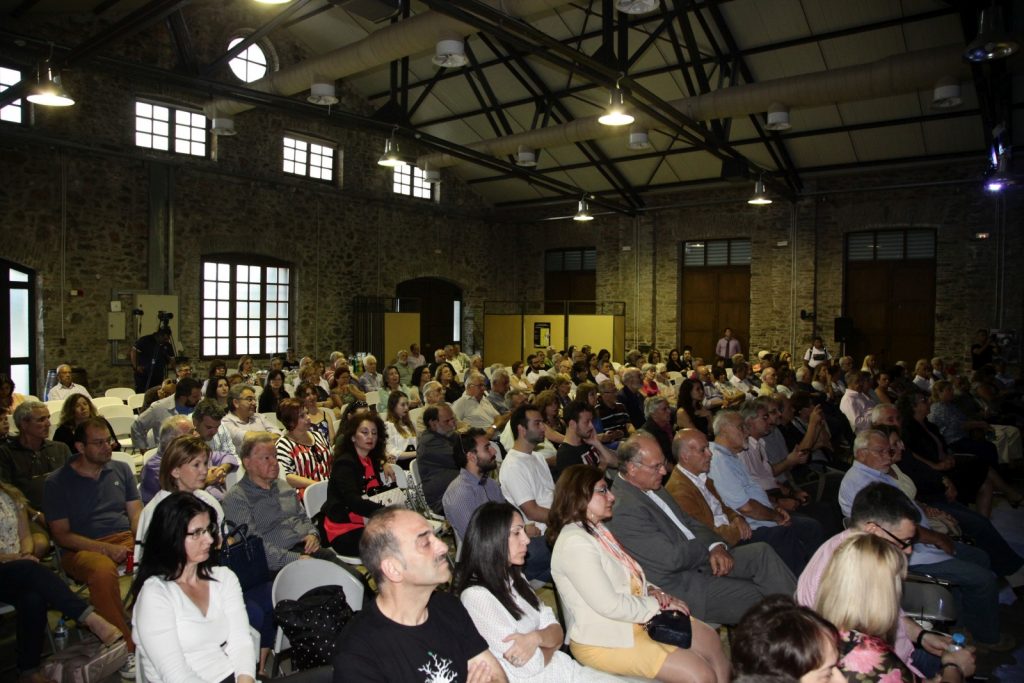 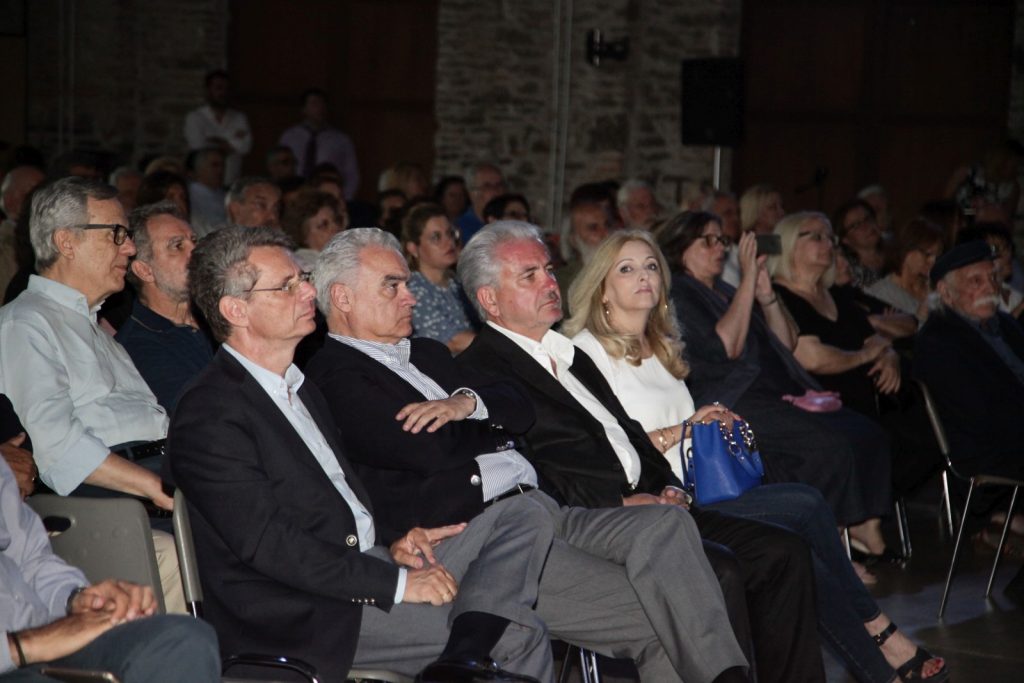 "Miners of the world - Tracing their identity through the art" 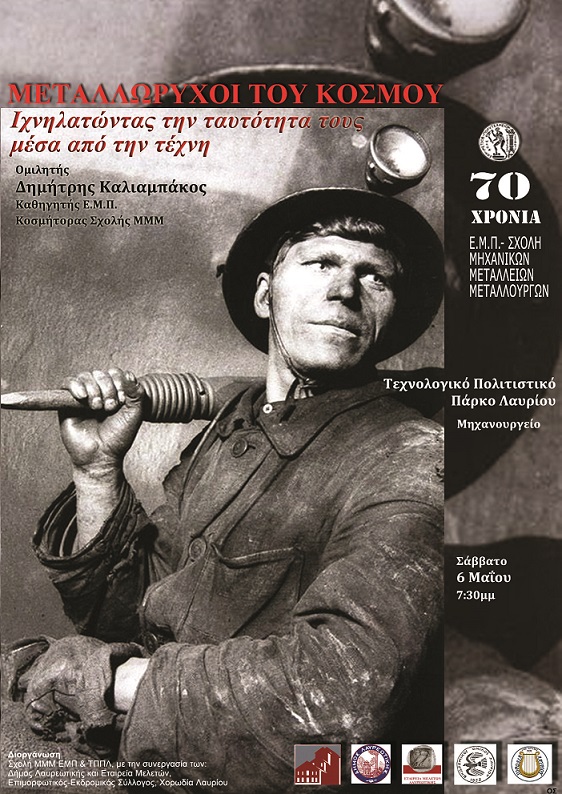 On Saturday, May 10, 2017, the "Miners of Greece - Tracing their identity through the art" event was held at the LTCP. This was the inaugural event of the celebration of the 180th anniversary of the NTUA and the 70th anniversary of the SMME’s founding. The NTUA’s Rector Professor I. Golias pointed out in his speech: “The presence and course of the NTUA during the 180 years of its history are concentrated in the triptych: education, research, social contribution. The NTUA was never alienated from social reality. It is no coincidence that the celebration of 180 years begins with this event and from this point. An event regarding the miners was chosen, in memory of the fact that NTUA started as a school of craftsmen and on the one hand, and as a sign of respect for all workers, especially for those working in extremely difficult conditions, on the other. Lavrio was chosen due to its identity as a city of miners, and also due to its relation to the industrial revolution of Greece”.

The event’s keynote speech was given by the Dean of the SMME, Professor D. Kaliambakos, who sketched the common features of the miners’ identity around the world, as reflected in the numerous songs and films that record their characteristics. "These thoughts do not aim to a sanctification of the miners.” He added. “But we can only come to an extremely hopeful conclusion: in extreme conditions, a kind of people is born, with rare endurance, strong will and, above all, a great sense of collectivity. Now more than ever, we should let ourselves be toughed by the miners’ approach to life; We should raise our heads and say «nothing is impossible»”.

The event was co-organized by NTUA, the Municipality of Lavreotiki, the Research Association on Lavreotiki, the Excursion - Training Association and the Lavrion Choir. A large audience attended the event, among them old miners of the area, creating a unique ambience. 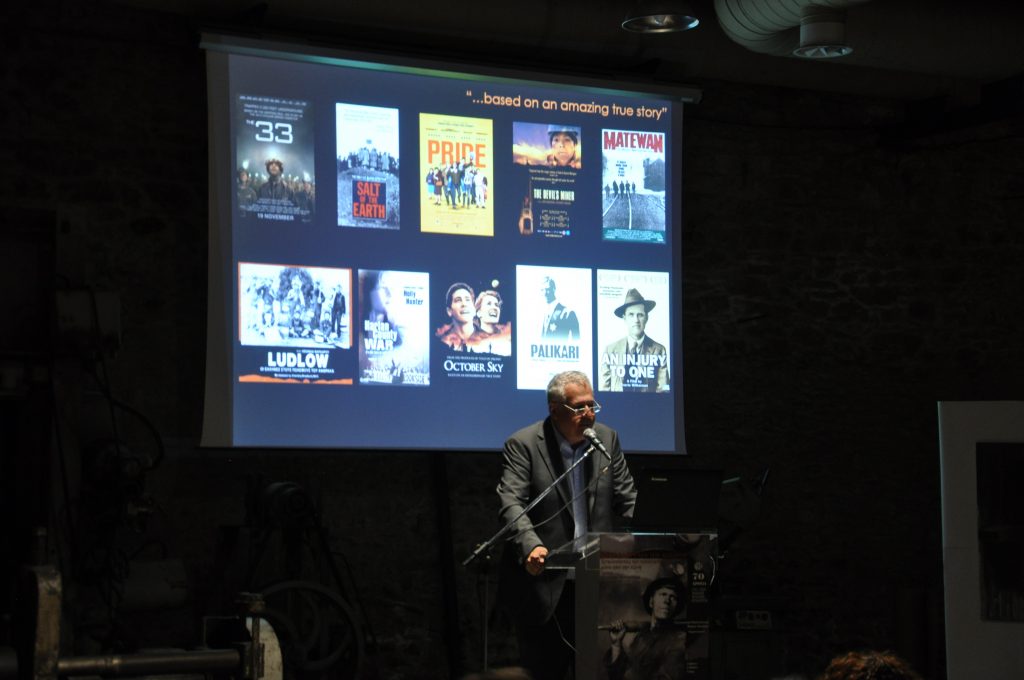 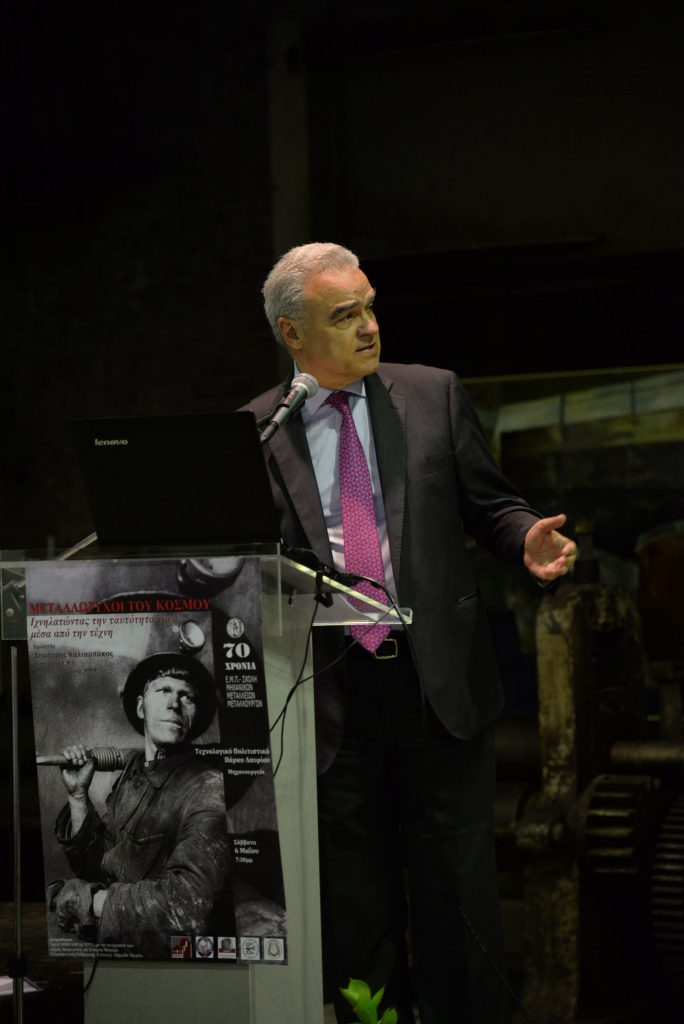 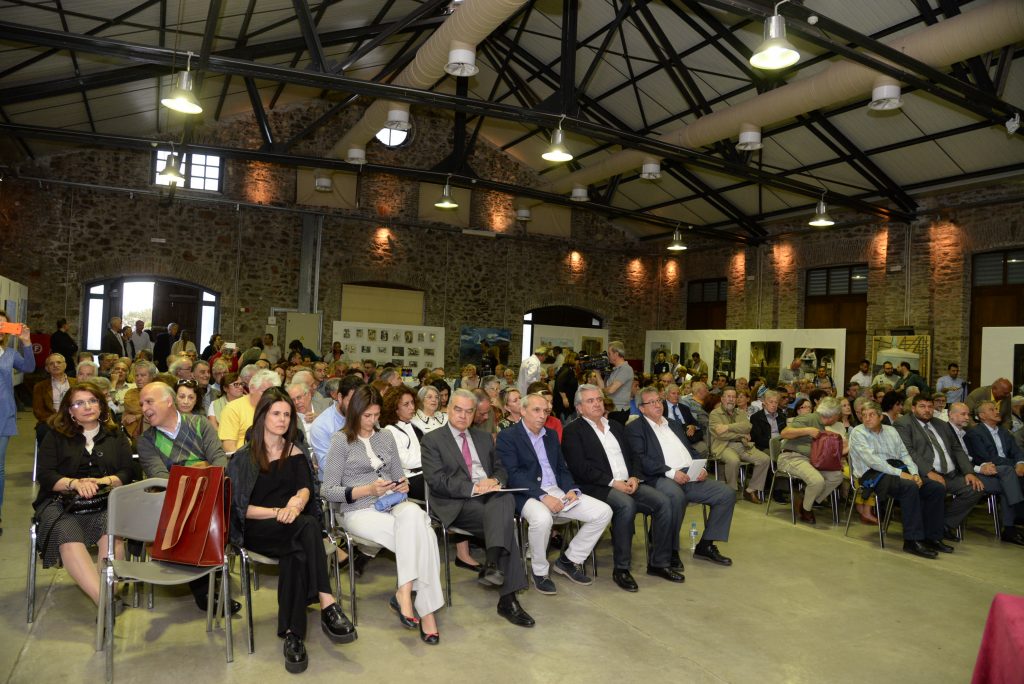 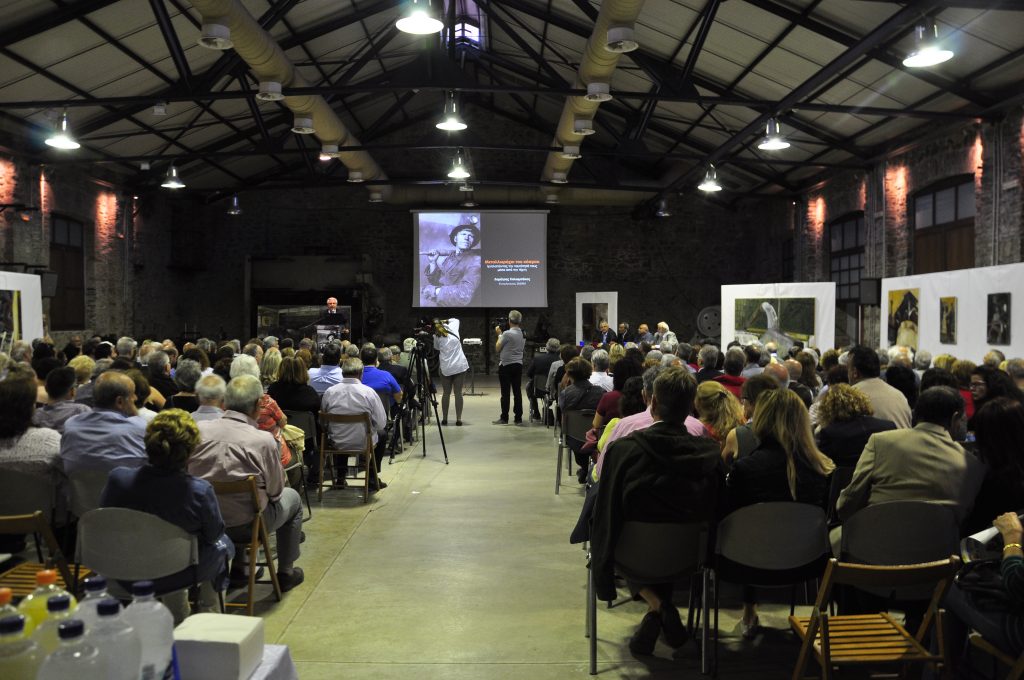 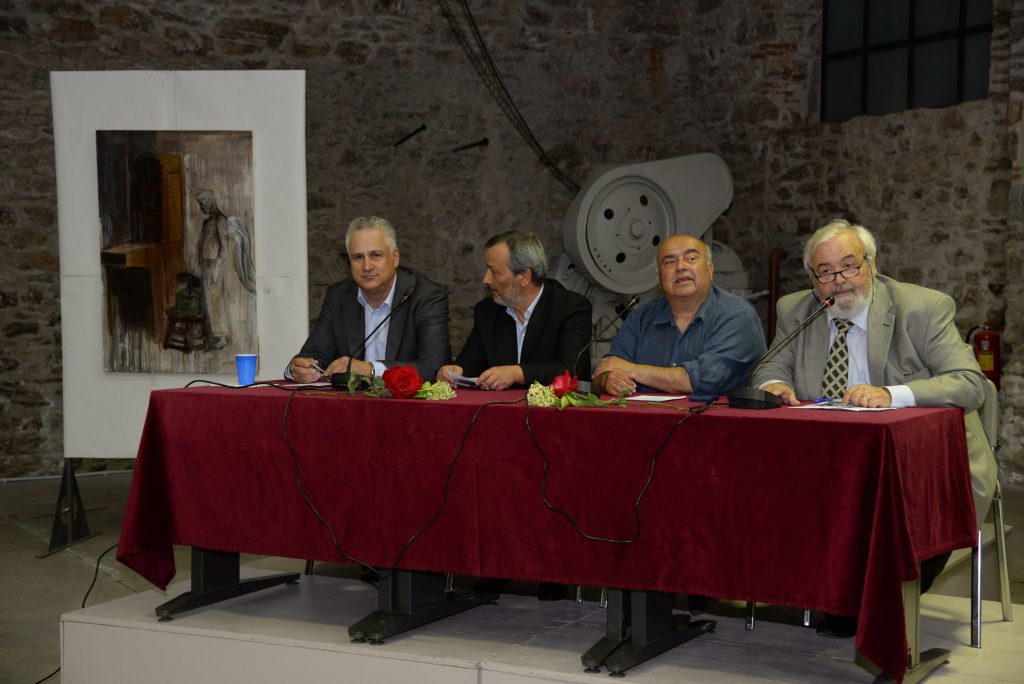 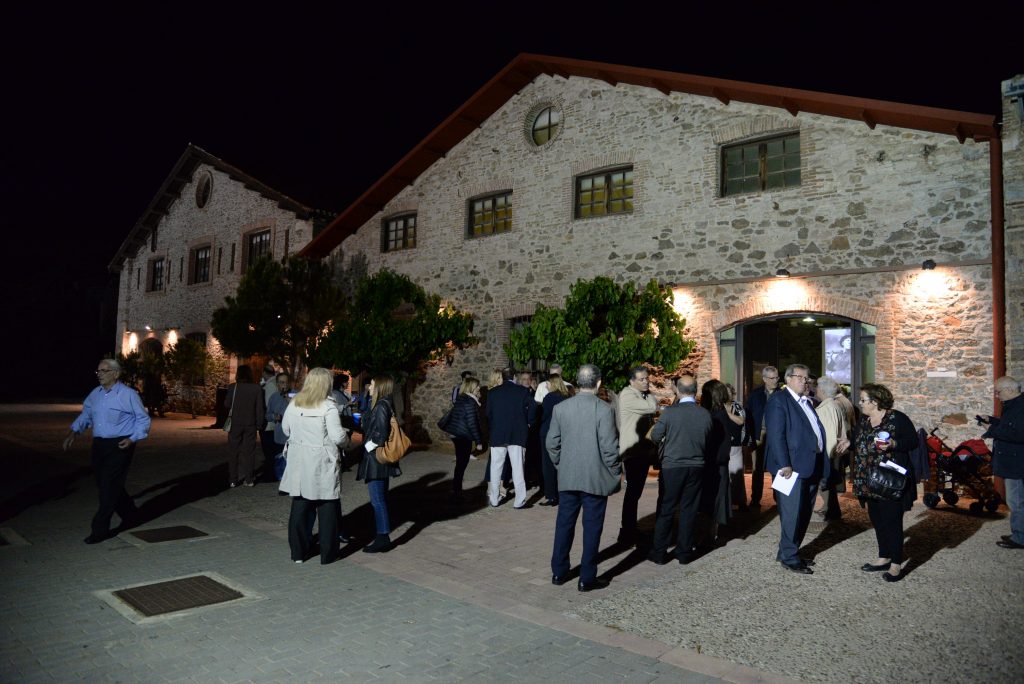